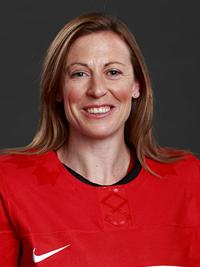 Daughter of Larry and Sandra … Has one brother, Mike … Named Kingston’s Amateur Athlete of the Year in 1998 … Runs the Jayna Hefford/Lori Dupuis Hockey School with Brampton teammate Lori Dupuis … Is the national spokesperson, along with Team Canada alumnus Paul Kariya, for Hockey Canada’s Initiation Program … Involved with the Community Foundation for Greater Kingston … Collects Wayne Gretzky memorabilia as a hobby … Earned a bachelor’s degree in physical and health education and is currently working on a business management certificate, both at the University of Toronto