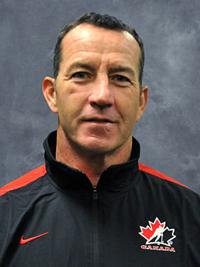 Married to wife Annie … Has two sons, William and Declan, and two daughters, Hannah and Emma … His father, Bill, who won two Stanley Cups with Detroit and coached Philadelphia from 1991-93 … His brothers, Gord and Peter, both played in the NHL … Is a spokesperson for the Crohn’s and Colitis Foundation of America