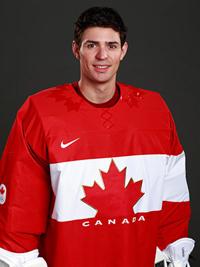 Won a gold medal with Canada’s National Junior Team at the 2007 World Junior Championship in Sweden, where he was named Top Goaltender and Most Valuable Player … Attended the first ever Hockey Canada Program of Excellence Goaltender Camp in July 2006 in Calgary, AB … Attended Canada’s National Junior Team Selection Camp in December 2005 … Won a silver medal with Team Canada at the 2005 IIHF World Under-18 Championship in the Czech Republic in April, 2005 … Won a gold medal with Canada’s Under-18 summer team at the 2004 Junior World Cup in the Czech Republic … Won a silver medal with Team Pacific at the 2004 World Under-17 Hockey Challenge in St. John’s, Newfoundland

Nickname: Pricey … Married on August 24, 2013 to Angela Webber … Cousin Shane Doan is the captain of the Phoenix Coyotes and won a gold medal at the 2004 Men’s World Championship and a gold medal at the World Cup of Hockey 2004 … Favourite NHL Player growing up: Marty Turco … Favourite NHL Team growing up: Edmonton Oilers… Son of Jerry and Lynda … Has one sister, Kayla … Father Jerry was drafted by the Philadelphia Flyers in 1978 (8th round, 126th overall) … His mother, Lynda, is the Chief of the Ulkatcho First Nation … Used to travel about 640 kilometers miles three times a week to practice and play minor hockey