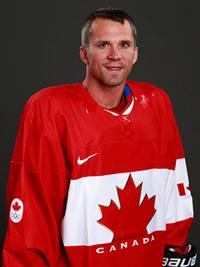 He and his wife Heather have three sons, Ryan, Lucas and Mason … Wears #26 with Tampa Bay because his idol growing up was former Montreal Canadien Mats Naslund … Favourite players growing up: Wayne Gretzky and Mario Lemieux … Son of Normand and France … Has one sister, Isabelle