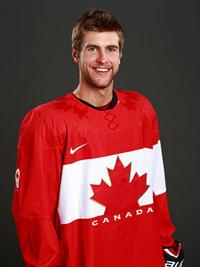 2012-13: Has played five seasons in the NHL, all with St. Louis … Youngest player in franchise history to record back to back 40 point seasons … The second defencemen in franchise history, after Al MacInnis, to register six game-winning goals and six power play goals in the same season … 2011-12: Ranked 5th among all NHL defencemen, with 51 points … Led all NHL defencemen with six game-winning goals … Also led the NHL in shifts per game (32.9) … 2010-11: In his first full season with St. Louis, led all team defencemen in scoring (43 pts) and plus/minus (+18) … Led all St. Louis players in average time on ice (22:00) … Did not qualify for the Calder Trophy as the NHL rookie of the year because he had already appeared in more than six games in two different seasons … 2009-10: Scored his first career NHL goal on October 24 vs. Dallas … Appeared in nine games for St. Louis, registering two points (1 goal, 1 assist), before being returned to the OHL after the 2010 IIHF World Junior Championship … Amateur: Started the 2008-09 season with the NHL’s St. Louis Blues, playing his first career NHL game on October 10 vs. Nashville … Returned to Niagara by St. Louis on November 13 and registered three assists in his first game back with Niagara … Played a total of four seasons in the OHL, with the Barrie Colts and Niagara IceDogs … Mississauga’s first-round selection, 3rd overall, in the 2006 OHL Priority Selection … Niagara’s captain in 2008-09 … Played in the 2008 and 2009 CHL Canada-Russia Challenge … Named to the OHL third all-star team in 2007-08 …Named to OHL all-rookie team in 2006-07 … Minor hockey: Played AAA hockey with the Toronto Jr. Canadiens in Peewee, Bantam and Midget … A member of the Toronto Jr. Canadiens, who finished fourth at the 2006 TELUS Cup, Canada’s National Midget Championship … Won an Esso Medal of Achievement in Minor Atom in 2000-01 … Names Tyler Cragg as his favourite minor hockey coach