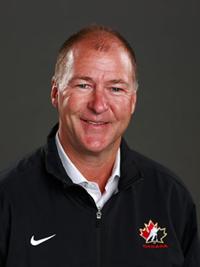 Married to Karen Percy-Lowe, a two-time Olympic bronze medalist at the 1988 Winter Olympics in Calgary … Resides in Edmonton year-round with his wife and their three daughters, Devyn, Darby and Karly, and son Keegan … His son, Keegan, was drafted by the NHL’s Carolina Hurricanes at the 2011 NHL Entry Draft … In 1990, Lowe became the only player to win the King Clancy Memorial Trophy and the Budweiser/NHL Man of the Year Award in the same season (both awards are presented for leadership qualities and humanitarian contributions) … His work with the Edmonton Christmas Bureau has set the standard for the Oilers' commitment to community involvement