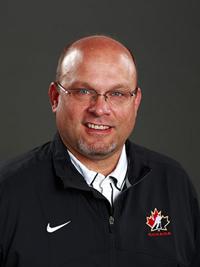 Has just completed his seventh season as general manager of the NHL’s Boston Bruins, just the seventh man in franchise history to hold that position … Was named Boston’s general manager on May 26, 2006 … Oversees every aspect of the team’s hockey operations and also serves the club as an alternate governor on the NHL’s Board of Governors … Became only the third general manager in franchise history to lead the team to a Stanley Cup championship in 2011 … Was named NHL Executive of the Year by the Sporting News in 2008-09, after leading Boston to 116 points during the regular season … Joined Boston following seven seasons with the Ottawa Senators, five as their director of legal relations and two as assistant general manager … While with Ottawa, was also involved in overseeing Ottawa’s top developmental affiliate, the AHL’s Binghamton Senators … Played four seasons of college hockey at Harvard University, where he served as captain … Obtained his law degree from the University of Ottawa… Was admitted to the Ontario bar in 1993… Spent six years as a lawyer and player agent prior to joining the Senators front office

Chiarelli (pronounced shuh-RELL-ee) and his wife, Alicia, have two children, daughter Talia and son Cameron … Born on April 5, 1964 in Ottawa, Ont. … His daughter Talia is an elite gymnast, a member of Canada’s artistic gymnastics senior team, who competed for Canada at the 2011 Pan American Games in Mexico and was a reserve for the 2011 World Championship