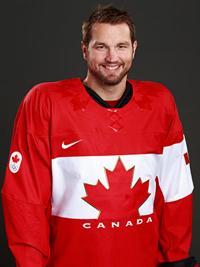 Nickname: Nasher … Favourite sport other then hockey: golf … Favourite book: Of Mice and Men … Also played baseball, volleyball and lacrosse growing up … His number 61 was retired this past season by the OHL’s London Knights, where he played his junior hockey … Would be a police officer if he wasn’t playing hockey … Started playing hockey at the age of 5 … Son of Jamie and Liz … Has one brother, James